From London to fans, with love: 9 to 5: The Musical

How much has changed for working women from the 80ies to today? An insight on 9 to 5: The Musical by our special correspondent Serena

Can a musical be better than the original film it is based on? 9 to 5: The Musical does just that.

The play, with music and lyrics by the one and only Dolly Parton, is staged at The Savoy Theatre. Note to fans: The Savoy is where the beautiful last scene of Notting Hill takes place, shortly after one of my favourite lines “James Bond never has to put up with this sort of s**t“. It doesn’t get more British than that. The show is also directed by Jeff Calhoun.

9 to 5 is the story of three very different women who find themselves working for the same corporation run by a sexist awful man and who eventually find a way to turn the tables on him.

It’s a story of female friendship, overcoming obstacles, fighting for what’s right and believing in yourself even when the world puts you down and tells you that you are not worth it or you cannot achieve something because you are just a woman. Sounds familiar right?

Several actors have played different roles since the musical started in the West End. At the time of writing, Violet, Lily Tomlin’s character, is played by Caroline Sheen. Violet is the ambitious company veteran who never gets promoted because she is not “one of the boys”. Chelsea Halfpenny plays Judy, originally portrayed by Jane Fonda: the naïve new addition to the company, recently dumped by her evil husband Dick (the name says it all really) for his younger secretary. Finally, Doralee, the sexy and misunderstood secretary of the evil boss, is played by Natalie McQueen who does an incredible job filling Dolly Parton’s shoes. The sexist boss, Franklin Hart, is played by Sean Needham who wasn’t in the original cast of the musical and probably delivers one of the best performances. Given the character he plays, it really costed me a lot to say that.

Surprisingly, the musical manages to give more depth to the characters compared to the film. Not just to the three main characters, but also to other supporting acts, such as the outstanding performance of Bonnie Langford as Roz Keith.

Thanks to cleverly arranged scenes and songs, we are able to understand better the characters’ feelings and why they act and interact certain ways. All but Franklin Hart who is of course just a sexist who thinks it’s all right to sexually assault his employees and believes women’s place is in the kitchen. Sounds a lot familiar right?

The play is funny, humorous, while making you think about how much has changed since 1980. And the answer is: not much really. Which is why I believe this musical is more needed in 2019 than ever before. You will leave the theatre feeling empowered and perhaps ready to rock some colourful 80s shoulder pads jackets and big hair.

The singing performances are outstanding and Dolly Parton did an amazing job making the story flow through the lyrics of the songs she created.

If you have watched the film you will love this musical. If you haven’t: you should (available on almost all streaming platforms such as Amazon Prime)! And if you have any chance to go to the West End, I recommend enjoying this show. Especially considering that David Hasselhoff (yes, the one from Baywatch) will join the play as Franklin Hart from the 2nd December!

Follow Dolly’s advice and “pour yourself a cup of ambition” while listening to 9 to 5.

For info and tickets: LondonTheatre

Articolista. "Sir, when a man is tired of London, he is tired of life, for there is in London all that life can afford." (Samuel Johnson) 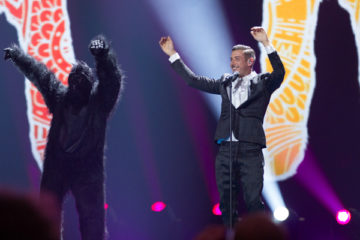 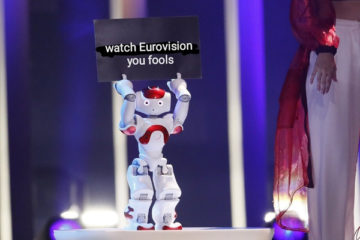