One of the perks of attending the Venice International Film Festival is that you get to see a lot of movies that are going to be released much later in the year. You can enter the screening completely unaware that you’re about to watch that very same film that everybody’s going to fall in love with in a few months’ time. Which could turn out to be the future Best Picture Oscar winner, like Iñárritu‘s Birdman in 2014, or McCarthy’s Spotlight in 2015, or even Chazelle’s La La L…. Ok, let’s not go there, you get what I mean. Some pretty awesome choices have been made here at the Festival in the past, and in a day you can find yourself wiping tears from your eyes or laughing so much that it hurts, over and over again.
You can also end up getting seasick because the director’s hand is (artistically) shaking so much that you can’t even begin to understand what’s going on, or feel frustrated because the film really isn’t for you but the exit is on the opposite side of the room, and you can’t even take the chance to take a nap because the characters you’re watching are shouting all the time. Or you can exit a 2pm screening completely freaked out by a movie that talks about the bizarre things Austrians do in their basements, only to realize that, as odd as it was, you actually loved that movie and need to catch up on everything else that director’s ever done. 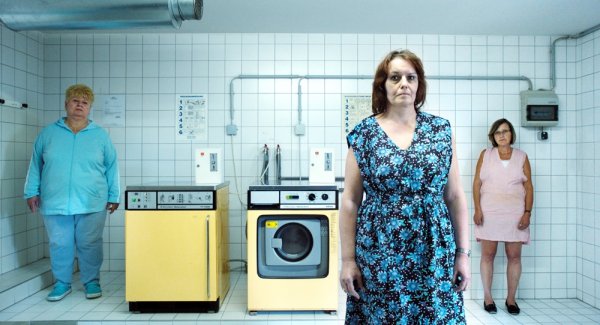 There are good days and there are bad days, and then there are these days that are just kind of… “ehh”. 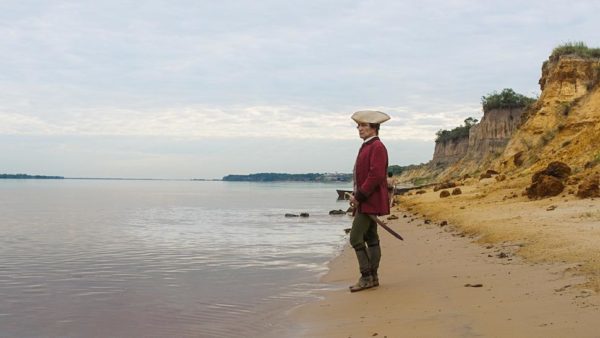 I was pretty excited to attend the Premiere of Zama, the much anticipated new feature by one of Argentina’s most talked-about directors, Lucrecia Martel (La Ciénaga, The Holy Girl, The Headless Woman). It was supposed to talk about an officer of the Spanish Crown born in South America and waiting to be granted a transfer to a better place by the King of Spain. A trailer and a few pictures had already been released, and it seemed to have all the aspects I usually like in a film of this kind: the action, the costumes, the troubled hero embarking on an emotionally challenging quest.

The first disappointment came when I realised that Ms Martel wasn’t going to provide us with any hints on when and where the story is taking place and on who the characters actually are. I find myself in a position in which it wouldn’t even be possible for me to write spoilers about this films, because, with the general confusion and lack of information given to us, all that is left to me are random images of people on the beach, llamas walking into rooms and looking straight into the camera and odd topless men standing in the middle of a forest dressed in white feather skirts. At the end of the screening, the “ehh…?” was all that came to my mind. 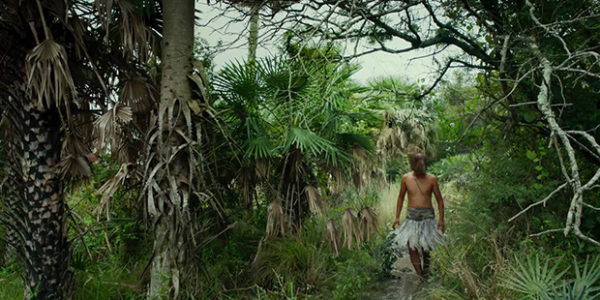 2. Grammatical Mistakes: The “What Is Happening?” ehh

Diva! by Francesco Patierno is a feature of 75 minutes that focuses on the private and public life of Italian actress Valentina Cortese, by having eight female actors read words taken from her autobiography (Quanti sono i domani passati) while showing clips of her performances. Once again, all the premises were there, and I was expecting to exit the theatre having learned more about an iconic actress that I knew next to nothing about.

Valentina Cortese actually did have a fascinating personality, and I do want to learn more about her life. I found myself wishing to find out more about her when the actual clips of her performances were shown. I laughed with her as she improvised during rehearsals, and I admired the choices she made later on.
Her story certainly deserves to be told, but, in Diva!, Patierno chose a narrating style that was extremely hard to follow. All the clips, that would have actually spoken for themselves more than adequately if left unchanged, were ruined and deprived of their poetry by a series of mediocre, ungrammatically correct readings that sounded more and more like that annoying person sitting at the table next to you who you really wish would stop talking so loud and leave the restaurant. The only exception was Isabella Ferrari’s engaging narration: in the 5 minutes that were given to her, she managed to get my full attention so well that I was able to ignore that she was standing in a tacky room with the wrong shade of lipstick on her face and a blinding light pointed straight to her face.
Unfortunately, there was nothing that could have been done to prevent the remaining 70 minutes from being perceived as the longest time you’ve ever spent in a cinema. 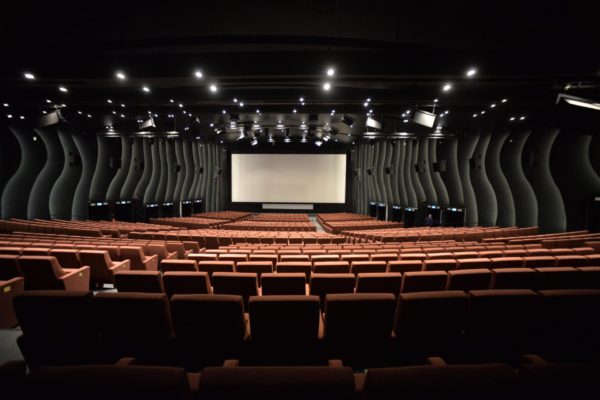 1. Exorcisms and Shameless Self-Promotion: The “I Can’t Believe This Is Happening!” ehh

Let’s get it over straight away: I am not going to criticise Father Gabriele Amorth, nor take a stand on what he believed in. In fact, when I read William Friedkin’s statement on the Venice Film Festival website, I thought that neither was he. Before watching the film, I admired Mr Friedkin’s desire to raise awareness on a subject that most people do not know much about: The Exorcist‘s Director explained that he knew nothing about it himself before shooting the movie that defined his career. Let me share his statement with you, where you can read, in his own words, why he decided to shoot The Devil and Father Amorth, which premiered at the Sala Giardino last Tuesday.

“There was not much written on the subject, and most of it was outright lies or fantasy. The Catholic Church is close-mouthed about these cases and for good reason so, in all ways, The Exorcist is a work of fiction. Some 45 years later, through what can only be called Providence, I was able to meet Father Gabriele Amorth, who was known as the Vatican exorcist and the “dean” of exorcists. For 31 years, he was the exorcist for the diocese of Rome. I had known about him for many years but found it difficult to believe he had performed thousands of exorcisms. […] We spoke for more than two hours before I asked him if he might ever allow me to witness and film an exorcism. He asked for a few days to think about it, then sent me a message that he was performing an exorcism at 3pm on Sunday May 1st, the day of his 91st Birthday, and that I could attend and film it, but alone, with no other crew and no lights. This film is a record of what I experienced that day, along with the opinions of some of the leading brain surgeons and psychiatrists in the United States, to whom I had shown the film. For me, it was a harrowing experience, a voyage of discovery, and the closing of a circle that began more than 45 years ago. 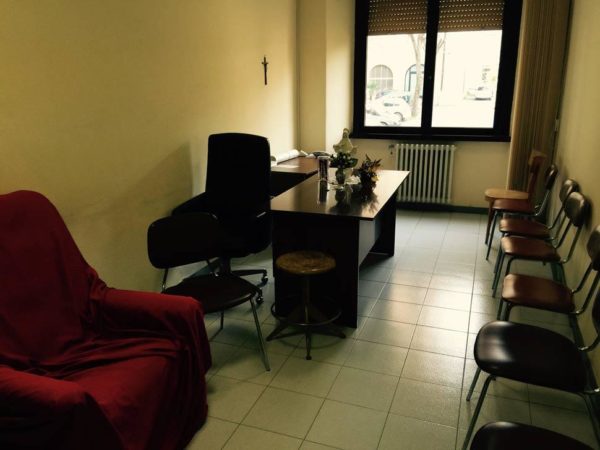 I don’t really know what I was expecting, as I was queuing up outside the Sala Giardino at 11pm, accompanied by The Exorcist‘s soundtrack playing obsessively in the background. I heard a few people behind me talking about how nervous they were to approach such a delicate subject, and to actually witness an exorcism. I didn’t share their worries: most of all, I was there to learn. 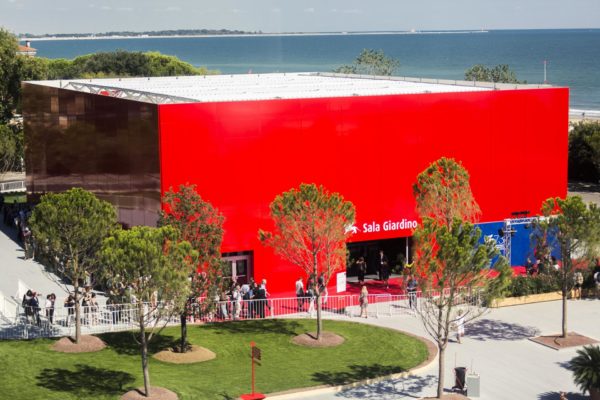 I didn’t need to wait until the exorcism itself to realise that I really wasn’t going to like this film. What didn’t convince me at all wasn’t the subject matter, but Mr Friedkin’s approach to it. In the tradition of the best National Geographic documentaries, we see him walking around the locations where The Exorcist was filmed, explaining to us how Regan’s house had to be adjusted when creating the set, and taking pride in the fact that there are stairs in Washington DC that are now officially called “The Exorcist Steps”: by this point, the director looks more like an improvised fanboy on a school trip, and I wondered how he was going to introduce the subject of the exorcism itself.

Luckily, the pace of the film then changes, his “happy tour operator face” becomes a more serious one and he begins explaining to us about Father Amorth and his work. I enjoyed this part, and I found him to be a very dedicated person, who really cares about the people he is trying to help. We witness the 9th exorcism he performed on a woman called Cristina: we can definitely see how troubled she is and how both her family and the priest deeply care about her and are doing her best to help her. 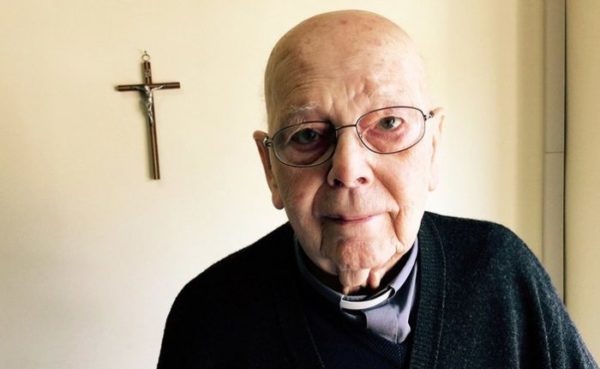 It isn’t until after the exorcism that the film takes an unexpected turn. Mr Friedkin goes on to interview a series of doctors whose fields vary from neurosurgery to psychiatry, who seem to have been selected at random so that they can be asked strategically placed questions and direct the interviews towards the answers he is waiting to hear. In fact, he is so convincing that, at times, he almost manages to make us forget that a neurosurgeon, who is specialised in a very specific field, certainly isn’t the most appropriate person to contact if you want to ask for a “second opinion” on a patient he has ever examined or even met yet.  And, as we are still trying to make sense of the medical turn the movie has taken, the “Shakesperian tragedy” ends with loud, dark music accompanying his tale of his failed attempt to meet with Cristina after shooting the film, in which he claims that she crawled on the floor and her boyfriend made threats on Friedkin’s life should he ever release the documentary – all moments that we haven’t been able to witness because he conveniently forgot to bring his camera with him on that day.

Disappointment is not enough to express what I felt when the credits rolled on the screen. Sadness would probably be a more appropriate word. Sadness for the way the late Father Amorth and his work have been used as a pretext to revisit the set of a 1973 blockbuster, hoping perhaps that the success of the past can lead to more success in the future. Sadness for how clergymen, doctors and pretty much everyone in this movie have been misportrayed for marketing’s sake. Most of all, sadness for the lack of tact and respect shown by William Friedkin towards people who are clearly in both physical and mental distress.

The Devil and Father Amorth‘s did have an impact on me, after all, and the following picture sums it up quite well. It is the picture of a person who lost all my respect, together with a person who earned it. 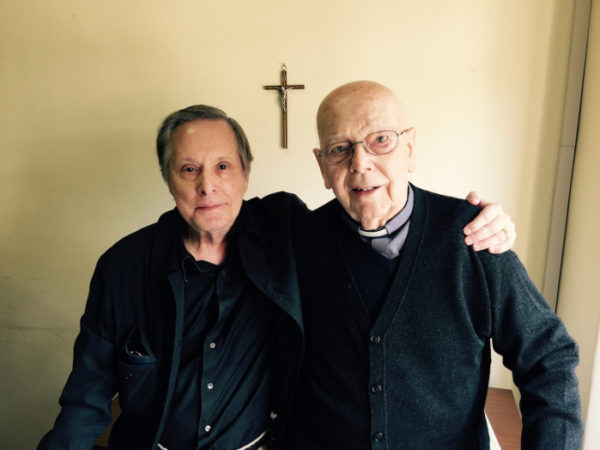 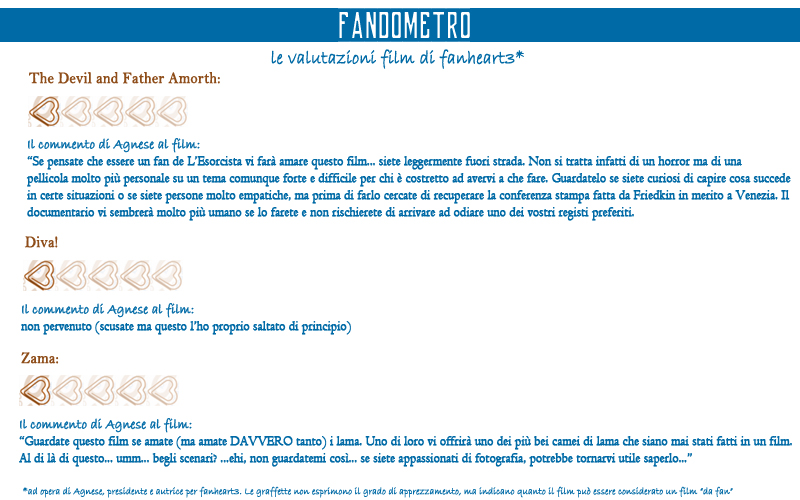