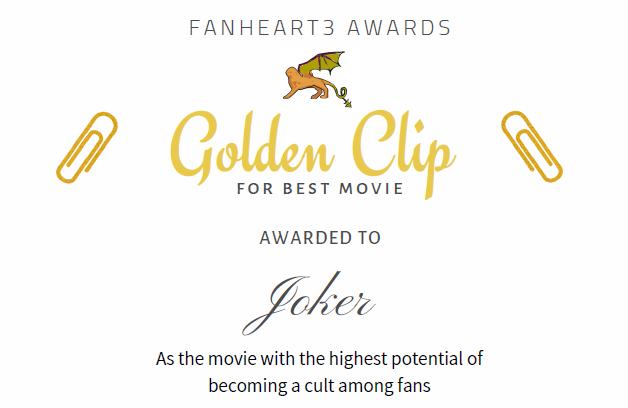 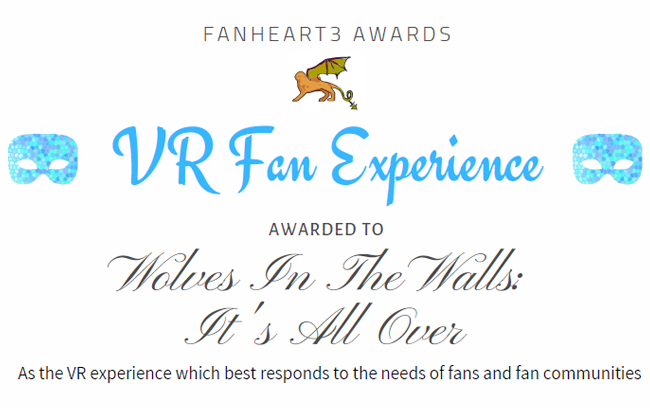 The Golden Clip and the Silver Ship for best OTP were assigned to a title in a selection of 12 films chosen in the following sections: Venezia76 In Competition, Out of Competition, Orizzonti, Sconfini, Giornate degli Autori, Settimana della Critica.

The VR Fan Experience was assigned to one out of 10 experiences in VR selected among those presented at VeniceVR 2019.

Winners of Fanheart3 Awards were announced on Saturday, September 7, on the closing day of the Venice Film Festival, and received the adoption for one year of a beehive, with the support of the Italian startup 3Bee Hive-Tech. 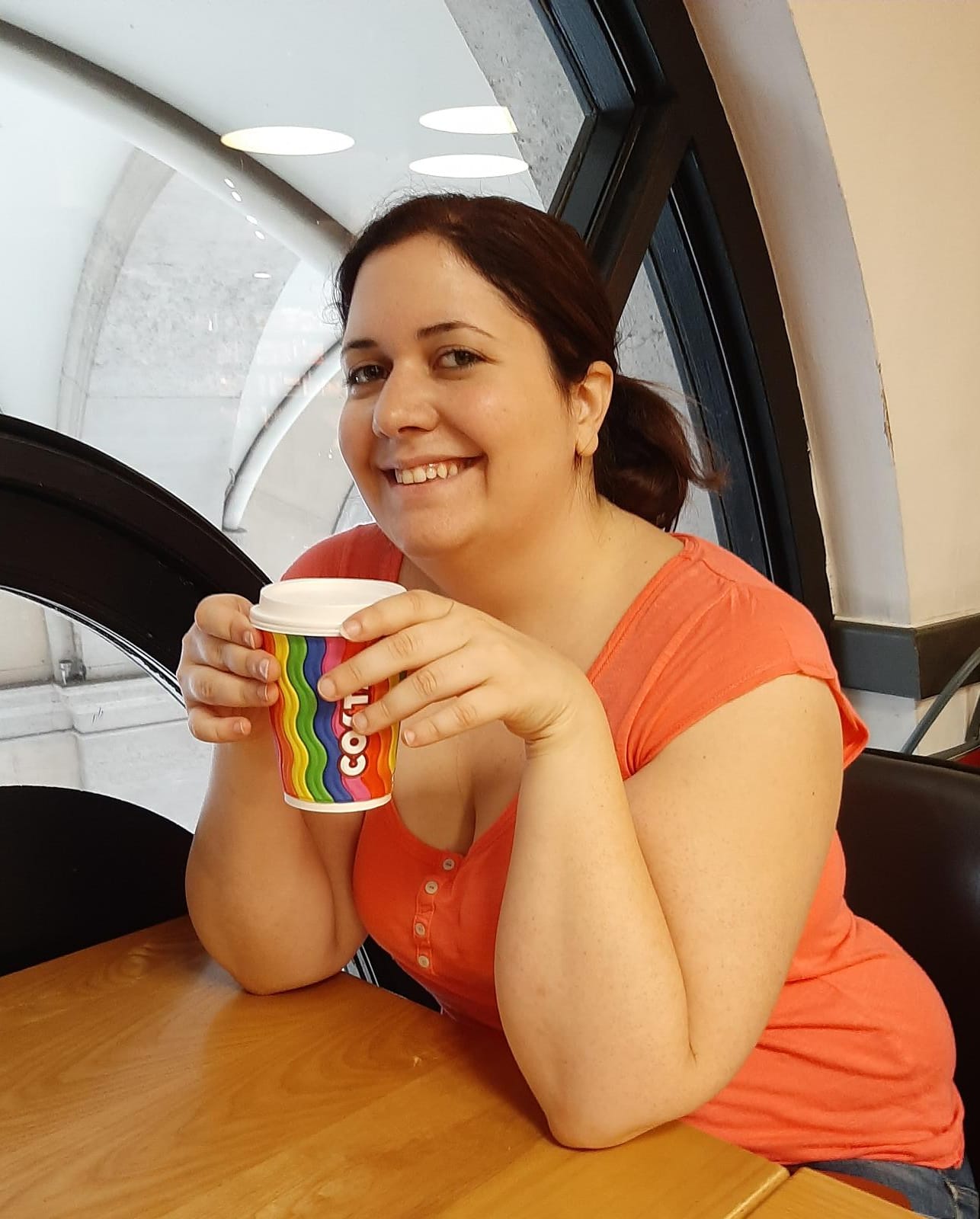 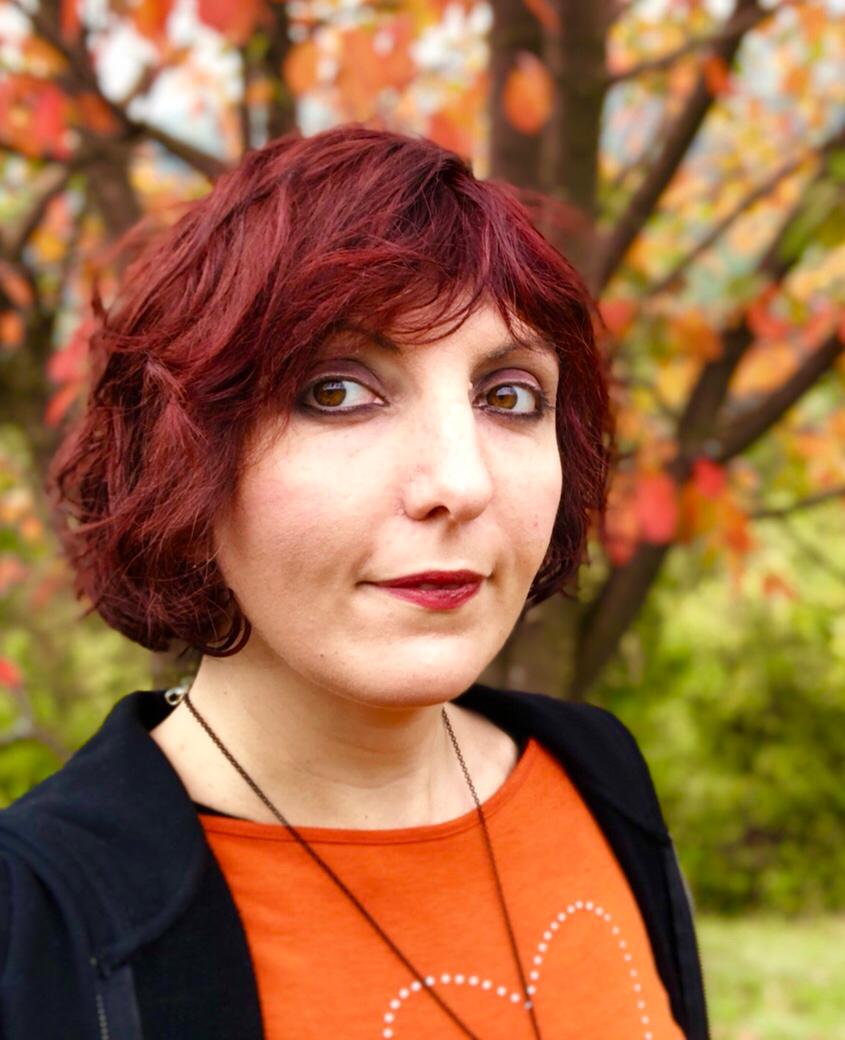 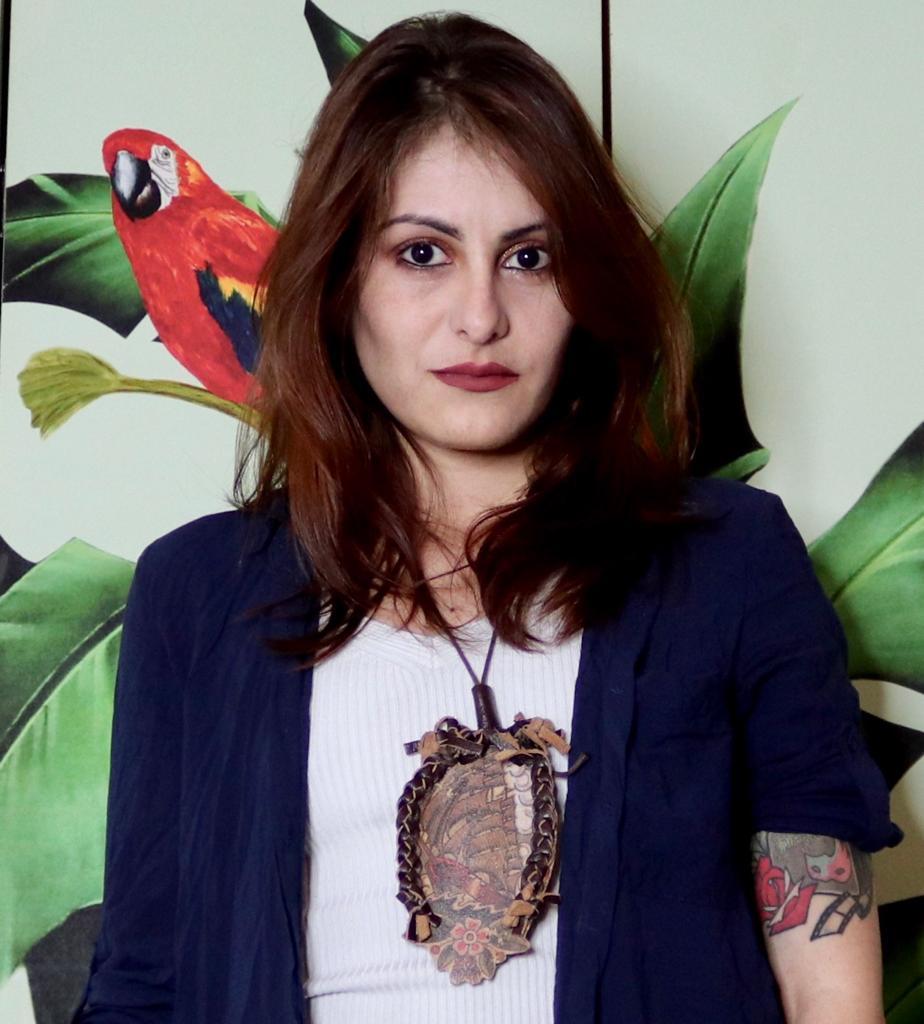 "When we talk about “movies for fans” we are not reducing the inner quality of these movies, nor are we simply calling them “mainstream”. On the contrary, we want to emphasize that these movies have something more, a potential, which goes beyond even their artistic value. Some of these movies could be noticed beyond film festivals and the cinephile niche. Their characteristics transform them into potential cult movies and therefore allow them not only to influence the cinematographic production for years to come, but also to do something that beautiful but less fan-oriented films are unable to realize: to have a 360° impact on our culture and hopefully move younger people (and not only) to a better awareness of our society and of the challenges it’s facing." 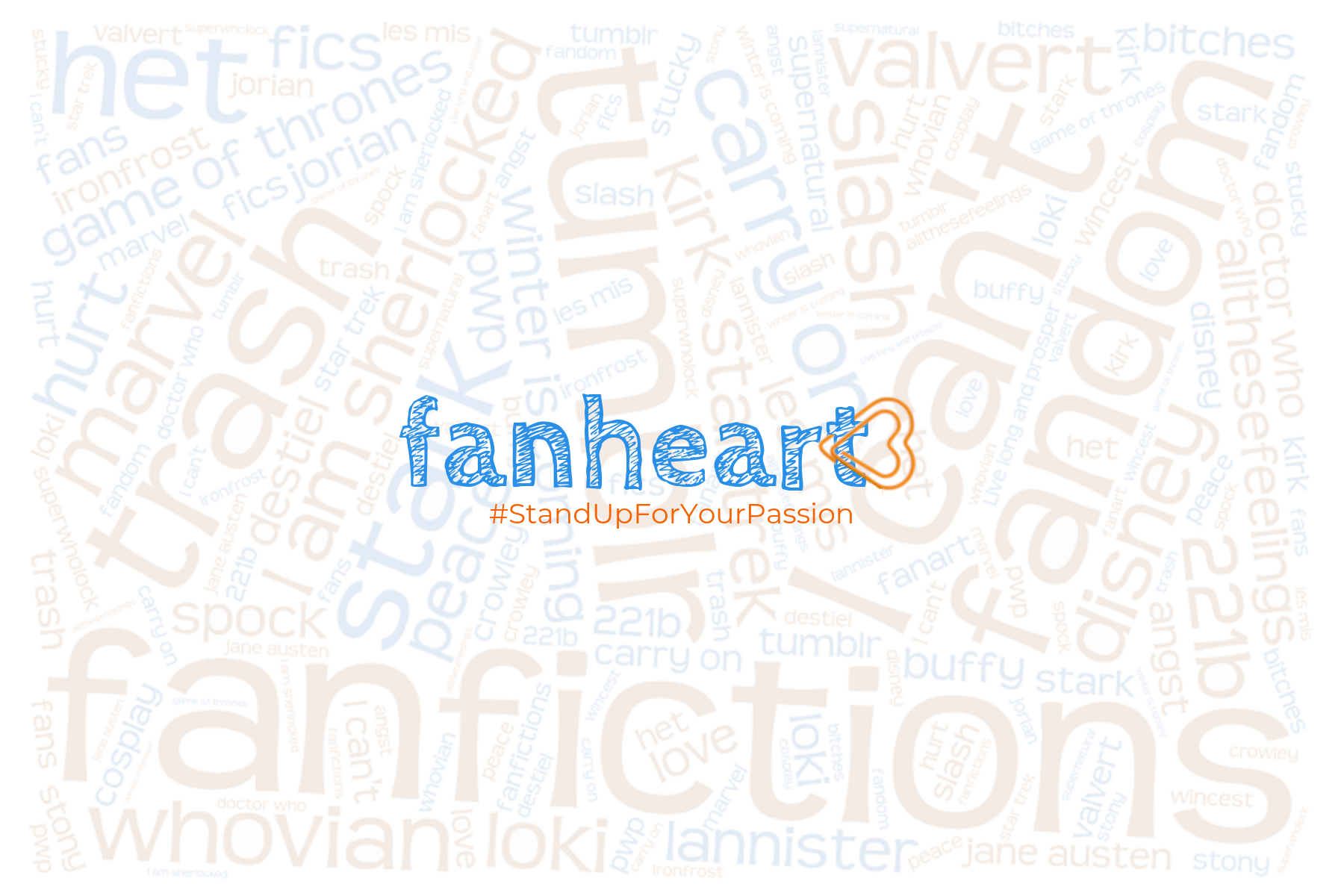