Movie fandoms: why “small” has never been cooler

Not all fandoms are famous, nor count an endless number of supporters. Yet even the smallest ones can spark devotion in their fans and inspire the creation of fanworks like fanarts, fanfictions and others. A journey through five not so well known (but so well loved) movie fandoms.

There are many big fandoms out there, fandoms everyone knows and most of you enjoy: Supernatural, Sherlock, Doctor Who, Hannibal are just some examples of fandoms related to TV-shows. Then there are movie fandoms and, depending on the movie we are talking about, they can be familiar to many of you or almost unknown: everything Marvel and Inception are in the first group. The Nice Guys belongs to the second.

The popularity of a fandom has little to do with the quality of a product and with how the specific fandom work. Memes are in common (see images), headcanons transect multiple ships, fanfictions are based on similar tropes.

We are currently following fandom developing mechanisms with the recent The Magnificent 7, to which we have dedicated a Tumblr blog, and the processes are always the same: something in the movie or in the characters catches the fans’ attention (mostly, the four elements mentioned in this article by our fanheartist Susanna) and pushes them to get closer to the product. Fans start develping their own interpretations of the facts and of the relationships. They discuss them in their online communities and produce new material to give them voice: fanfictions, fanarts, meta, prompts and so on.

Fans and their alike minds: tumblr posts about Les Misérables

This material is then shared by other fans. Some of these interpretations become so popular that they change status and, from headcanons of one or more viewers, become accepted facts among the bigger community of fans and almost reach the status of canon material.

Obviously, TV series and movie saga already give fans more canon material to work with. You have literally more time to get close to the characters and more facts you can speculate on, so it is easier to build a fandom on them. A single movie, two/three hours top, have to include exceptionally interesting elements to attire a bigger audience of fans. One of the most relevant examples is the aforementioned Inception, first “single” movie for number of fanfictions on AO3 (7.784 stories, updated Oct 2, 2016). But even movies less noticed by fans (and sometimes even by a “normal” audience) can find their own space into the vast Internet. These are the movies we want to take a look at today.

What follows is not an ordered list, but examples of movies that inspired smaller but intense fandoms. Despite what many might think, in fact, their fans are as devoted to them as fans of Sherlock are to that series.

(I know, gif not from small movie fandom, but ehi, it works)

There are positive and negative aspects of being a fan in a small fandom. On one side, you cannot experience the joy of having 20 new fanfictions to read every day. Sometimes you have to wait days, even weeks for them. On the other hand, there are so few people to share this obsession with, that you literally recognize your fandom-brothers and sisters in every social network you join. People you will meet on Tumblr are the same who will leave kudos and comments on your favourite fic for that fandom on AO3. Maybe they will be the same people whom you’ll get to meet on Facebook through a (very specific) group dedicated to that (very specific) pairing you are so eagerly following.  And it is true what someone said once: after a while, you get used to be a fan in small fandoms. You come to enjoy it even more than you might enjoy to be part of something bigger.

The following five fandoms are all small fandoms that had the potential to turn into much more famous ones. Fans felt in love with those characters, dreamt about what ifs and crossovers and missing scenes; shipped Man A with Man B (sometimes, incredibly, even Man A with Woman B!) like there was no tomorrow.  And they tried to pass on this appreciation. It didn’t always work, but it was worth it, to see them try. 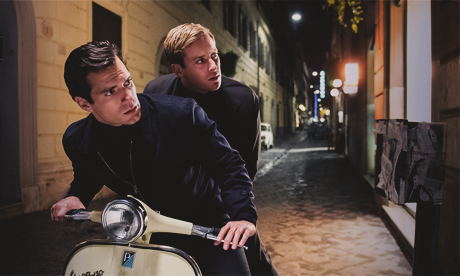 Let’s start with a classic, that is both a movie and an old TV-show. Two characters, completely different in personalities and in looks. Both spies: one is Russian, apparently cold, certainly problematic and teddy bear inside; the other is American, charming, dishonest, smart, strangely loyal. They hate each other, are compelled to work with each other, hate each other even more and then suddenly they start finding some common ground, then respect, then something more. Also, adorable female character who (almost) always save the day.

Apt fan-tag: From enemies to friends to lovers

Fic rec of the day: The End Where We Begin by Ingu 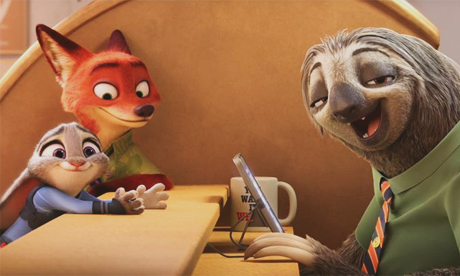 In the alternative universe of Zootopia, animals live in an organized society where predators and preys coexist peacefully. Judy Hopps, a young rabbit from the countryside, against her family’s (and society’s) will, arrives in the big city to became a police officer. Here she’ll meet the scam-artist fox Nick Wilde who will help her solve the crime and save the day.

Zootopia is a story about acceptance, and the friendship slowly blossoming between Jody and Nick is something beautiful and precious. However, many fans read a lot more about their relationship between the lines and Judy and Nick’s love story is became a big thing in the fandom.

Fic rec of the day: A Mountain I’m Willing to Die On  by Vera 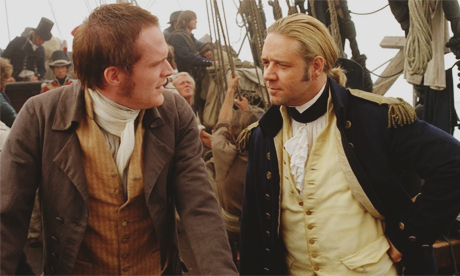 Jack Aubrey and Stephen Maturin, Master & Commander: The Far Side of the World (2013)

Master & Commander isn’t just a movie (there’s a whole book series dedicated to the adventures of Jack Aubrey and Stephen Maturin) and material found online finds inspiration in both media types. In this case, no enemies to start with, but two close friends sharing their lives together in the middle of nowhere (aka the ocean). Also, ships involved (literally and figuratively).

Fic rec of the day: The Land Between by Renne 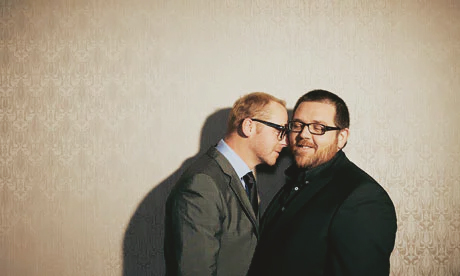 Three movies, one pairing in which even the actors/director/writers believed: Simon Pegg and Nick Frost start with Shaun and Ed, go through Nicholas and Danny and end with Gary and Andy. Respectively in the films Shaun of the Dead, Hot Fuzz and The World’s End, known as The Cornetto Trilogy. The characters they play in each movie could not be more different, even in the kind of relationship they have at the beginning of the movie (friends, co-workers, “ex” friends), but they always end in the same place: together, against the world. A pairing that was made in the stars.

…and about Hot Fuzz, that is our favourite…

Apt fan-tag: Fluff and Smut (Too Good for This World, Too Pure)

Fic rec of the day: It’s just like that scene in Lethal Weapon, only not by Skitz_phenom 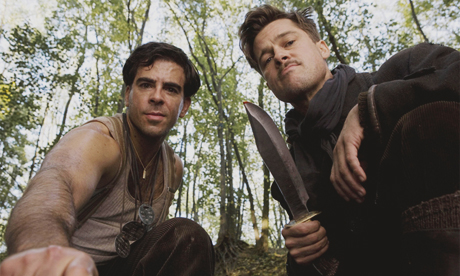 Inglorious Bastards is probabily, along with Reservoir Dogs and Kill Bill, the most popular Tarantino’s movie among fandoms. A bunch of American soldiers leaded by Lt. Aldo Raine are sent to Nazi-occupated-France for “one thing and one thing only, killing Nazies!”. The greatest thing for IB fans (and fangirls!) is that, a couple of years ago when asked by fellow friend Eli Roth, Tarantino himself expressed a very sincere and deep enthusiasm for fanfictions.

“He said: ‘This is the greatest most flattering thing ever. I love love love love love this! I’m enjoying them writing my characters… the dialogue… It’s like Basterds is a TV show like Combat! and these are all different episodes’.”

Fic rec of the day: The Fräulein and The Basterd by Carrot Top

What’s your favourite small movie fandom? It can have 20, 30, 50 fanfictions and yet mean a lot to you. Share it with us with a comment on Facebook… we’re always eager to discover something we should definitely follow.