On January 2020, in London, the new production of the musical Les Misérables (aka #LesMiz) has indifinetely taken the place of the original one. A “confrontation” of the two to find our personal favourite (part 1)

If you go to London, there are at least three things you need to do, especially if you come from Italy:

The musical in question is Les Misérables (#LesMiz for friends), one of the longest running musicals in the world.

For those of you who do not know the story (if you know it, you can skip ahead):

#LesMiz is about the redemption arc of Jean Valjean, an ex-con who was arrested for stealing bread and then spent 19 years in the galley after he tried to escape twice. When his time in jail ends, he breaks parole, gets chased for years by Inspector Javert (a/n who is obviously in love with him, don’t try to convince me otherwise), takes care of the daughter (Cosette) of a woman (Fantine) whose demise he accidentally helped causing… and grows old while young revolutionaries die during the really unsuccessful June rebellion in Paris in 1832.

That’s what I call an intense life.

After almost 40 years on stage, on January 2020 the new production of the show made its debut at the ex-Queen’s Theatre/newly renamed Sondheim Theatre in London.

This production was created on the wave of the touring version that provided the reference points for the 2012 movie. Inspired by Victor Hugo’s drawings (which are mesmerizing), it makes visible changes to the scenes and even to the performances fans were used to, giving life to a completely new show.

I watched #LesMiz twice in the past two years and as many other fans, I was terribly scared of the change.

Then, on January 25th I finally had the chance to see the new show with my own eyes and compare the two versions properly. And in this confrontation there is a clear winner…

But which one? Keep reading to find out.

Before starting, a note: while my heart will always be with the Jean Valjean played by Dean Chisnall (who is currently on tour – we wrote about him here), every single actor I’ve seen has been amazing.

That said, the two productions clearly have their pros, so let’s shortlist them to reach a conclusion.

If you have never read Les Misérables by Victor Hugo (or have not seen the recent BBC series – and lucky you, if you haven’t), you might not know who Petit Gervais is.

But, you see, Jean Valjean did not immediately turn to the road of redemption after meeting the Bishop Myriel, as the 2012 movie makes us believe. No, he had to go through another revelation about himself before, and that was because of his actions against little Gervais, a kid he stole some money from.

In #LesMiz 2.0 that scene is included, even if it does not happen after the meeting with the Bishop as told in canon, and the rigorous fan in me (the one everyone of us has inside – the same who made a lot of LOTR fans protest against the lack of Tom Bombadil in the Jackson’s trilogy) kinda rejoiced in it.

Fantine and the bourgeois

What we know: after Fantine gets sacked by the foreman (see image above) of Valjean’s factory, she is left with no choice but to become a prostitute. One night she meets a possible client who is very rude to her. When his joking gets too cruel, she scratches him and, in the book, insults him angrily. Javert, the police inspector, arrives in that exact moment and (wants to) arrest her. In the original musical, this happens because the bourgeois tells Javert he was just passing by and Fantine had attacked him with no reason.

So, this is the original scene. But what happens in #LesMiz 2.0 is something very different. Because the bourgeois does not only insult her, no. He pushes her to the floor and he kicks her in such a violent way and it makes you jump on the chair, for it’s so unexpected.

And while I’m all for intense, surprising scenes, I’m 100% against anything that makes Javert looks like a baddie. This scene definitely causes that, because in #LesMiz 2.0 he sees her lying on the floor and bleeding – so it’s clear she was the one attacked – and yet acts as if to arrest her anyway. No, no, no.

(Also, her life already shows what happened to women in those years and it is horrible per se. No need to add more physical violence just to shock the audience)

I’m a 100% #Valvert shipper. Jean Valjean/Javert has been my OTP (one true pairing) from moment one and it is the ship that is closest to my heart, together with Starsky/Hutch.

Both productions of the musical emphasize the peculiar connection between the two and add surprisingly interesting moments that make your slashy soul tremble.

I still remember, in #LesMiz 1.0, when Valjean pushed Javert against the wall. What a moment.

Their interactions are way more violent and intense than we are used to: they fight with a chain and on the floor, Javert always has his eyes on Valjean when he enters the room, and there’s so much desire and passion and confusion in them to make you want to scream out loud (thank you, Bradley Jaden, your work has been precious, there).

So much UST (unresolved sexual tension) that even some people I met during the break were commenting on the fact that at some point the two were probably gonna kiss. From this point of view, #LesMiz 2.0 is a fanfiction, and a well written one, at that.

The character of Jean Valjean

So now, this score depends on your own perception of who Jean Valjean should be.

Mine is a crossover between Hugh Jackman’s version and Dean Chisnall’s one: someone who has the potential for violence, but chooses to control it and can keep it in most of the time. Someone whose strenght is not only physical but goes way beyond that: it becomes a spiritual strenght that emanates paternal vibes and inspires compassion and protection, even towards Javert.

Then there is the harder version depicted by the BBC series and, in my opinion, by #LesMiz 2.0. There, Jean Valjean is still someone who chose to follow a honest path, but he is also someone who looks as if he finds much more difficult to do it. Someone who has angry exploits (that turns very bad against Javert). Someone who, while trying to keep in check his moods, often vibrates with a physical nervousness that you feel is right on the brink of exploding.

To me, that is certainly a canon interpretation of some aspects of Valjean, but one that lacks something that is fundamental for depicting his character: the fact that his spiritual journey is a religious one.

Indeed, in both series and musical-2.0, I ended up with the feeling – that is probably just that, a feeling – that the people who did them did not seriously take into consideration the religious awakening of Jean Valjean and his “conversion“, but wanted to give them a more “human” explanation.

But Jean Valjean is a character on the brink of sainthood and it was a bit sad for me not to be able to perceive it in the new production.

We end this first part of the article with an even score… But a production clearly emerged as the winning one. Curious to know which one? Go to part 2!

Charisma.ai helps you create interactive stories and believable characters, and learn how to work with non-linear storytelling. An introduction about this cutting-edge company, before we get to know its CEO, Guy Gadney, better. 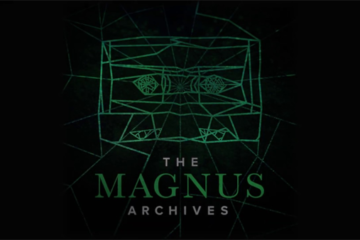 Last Words: journey into the fandom of The Magnus Archives with Jonathan Sims

A month after the last episode of The Magnus Archives aired, fanheart3 catches up with Jonathan Sims to talk about the podcast and its incredible fandom.