Boys in the Trees | Venezia 73 Reviews

A trip down memory lane. Nicholas Verso creates a movie that captures its audience and remembers a time long forgotten. Our review of the Australian film Boys in the Trees, from the Orizzonti Competition of the Venice Film Festival

Sometimes, when you are watching a movie, your mind fixes on the things you think about that movie. If you like it, if you hate it, if the actors are good, if the plot is working. You can even find yourself fascinated by what you are looking at; however, you cannot help but feel on a different level from what is happening on the screen.

These are not bad movies per se. Sometimes they are even very, very good.

Other times, though, something different happens: the atmosphere emanated by a movie leaves the screen, pervades the room and envelops you. Suddenly you are not in a theatre anymore. You are there, next to the characters, living vicariously through them and feeling exactly what they feel. Not all my favourite movies work like this, but all the movies that work like this usually end up being among my favourites.

Boys in the Trees, written and directed by Nicholas Verso, is one of these movies. I realized it the moment I found myself leaning towards the screen and watching what was happening with my mouth hanging open the way children do when they are discovering something new. To say I was not expecting something like this is an understatement. The story of these boys on the brink of adulthood, living their last Halloween night together and remembering who they were, is mesmerizing. Like Lucy entering the wardrobe, you find yourself dragged into a parallel world whose biggest merit is to feel even more familiar than the real one. 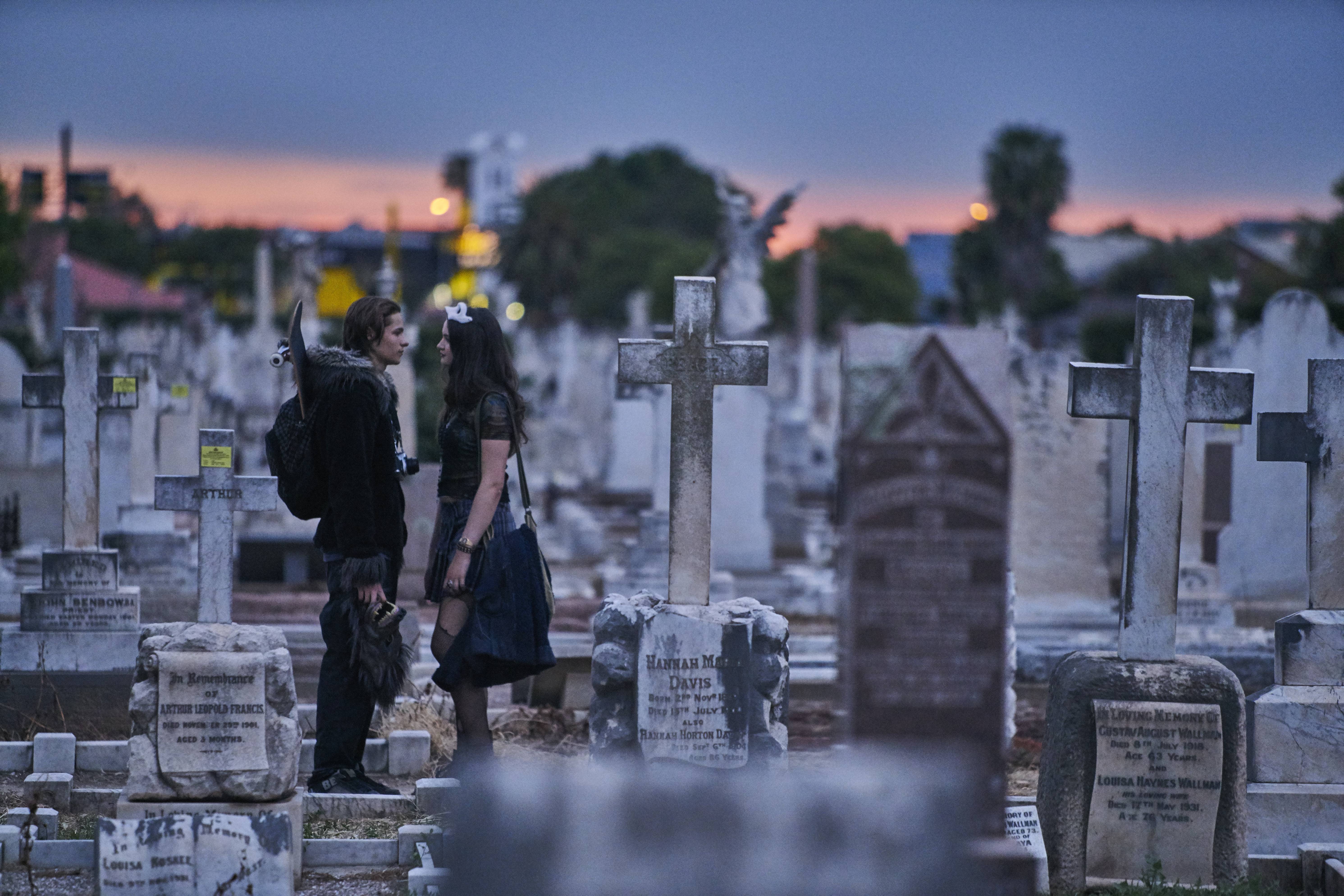 Walking on a thin borderline between reality and imagination, taken away by a compelling soundtrack, you do not only adopt Corey’s perspective on events, but literally become him. Jonah’s words hypnotize you and lull you into transforming back into your past self, the one who used to dream about ghosts and abandoned houses and an almost forgotten world where everything was possible and you could be anyone.

The “funeral scene” is probably the highest moment of the movie, the one in which you are still living the dream but start realizing its meaning. It is sadness, it is magic, it is tenderness at its highest, an experience I have rarely had in movies and that actors Toby Wallace and Gulliver McGrath give depth and devastating intensity to. But from start to finish their presence fills the movie and captures the audience, helped in this by the supporting roles of Mitzi Ruhlmann and Justin Holborow, whose characters exceed expectations and stereotypes in a surprising, almost comforting way.

A movie you have to feel, not only to watch, and certainly not just to understand; a universal story that says so much because we have all been those children a long time ago and more often than not we have tried to turn our back on them. This movie reminds us that some things are indeed lost forever, but some things may be not. And maybe it will always be worth it to remember how it was to be boys in the trees.

Boys in the Trees (2016) is a movie directed and written by Nicholas Verso with Toby Wallace, Gulliver McGrath, Mitzi Ruhlmann and Justin Holborow.

Official website for Boys in the Trees, produced by Mushroom Pictures, can be found at this link.